Parasolverse is the name given to the universe in which are set several series of books and books written by Gail Carriger.
The name comes from the name of her first series in that universe, “The Parasol Protectorate”.

This very well thought out universe is steampunk with fantasy elements, making it potentially fit into the gaslamp fantasy category.

It’s set during the Victorian era, but in which technology is more developed and in a reality in which ether exists.
Ether is an element that the ancient Greeks situated as being in the top parts of the sky. It’s found in several theories in the field of physics until the early 20th Century. Its existence hasn’t been proved so it is admitted that it does not exist. (If I’ve understood what I’ve read correctly.)
In the parasolverse this element is associated with the soul – too much of it allows one to become a werewolf, a vampire or a ghost; the lack of it is rare and negates the effects of having too much of it. It also has practical uses, such as long distance communication as well as faster air travel.

I must specify that there are LGBTQ+ characters in each series, and some books are dedicated to them. If you have a problem with that, this is not for you.

Let me introduce the three main series, in order of publication of the first book in each. 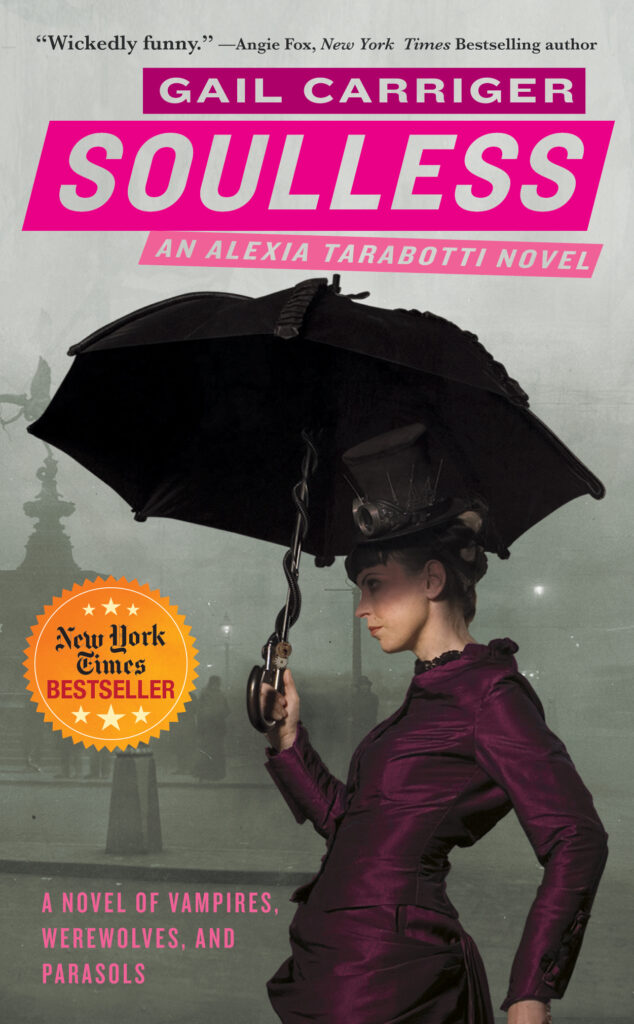 “Alexia Tarabotti is laboring under a great many social tribulations.

First, she has no soul.
Second, she’s a spinster whose father is both Italian and dead.
Third, she is being rudely attacked by a vampire to whom she has not been properly introduced!

Where to go from there?

From bad to worse apparently, for Alexia accidentally kills the vampire, and the appalling Lord Maccon (loud, messy, gorgeous, and werewolf) is sent by Queen Victoria to investigate.

Can she figure out what is actually happening to London’s high society?
Will her soulless ability to negate supernatural powers prove useful or just plain embarrassing?
Who is the real enemy, and do they have treacle tart?”

What I liked: the heroin doesn’t fit beauty standards ; has, for the period, a life outside of conventions – I think the term bluestocking would be appropriate – and a strong personality.

What I disliked: the character I had a crush on ending up in a relationship (which I felt was a bit forced). Joking aside, I didn’t take notes when I re read them last year. 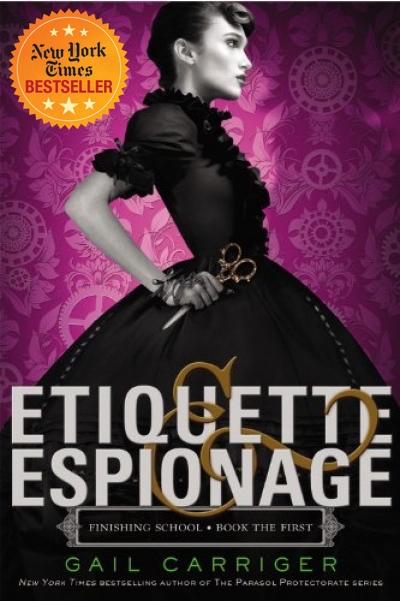 Fourteen-year-old Sophronia is a great trial to her poor mother. Sophronia is more interested in dismantling clocks and climbing trees than proper manners–and the family can only hope that company never sees her atrocious curtsy. Mrs. Temminnick is desperate for her daughter to become a proper lady. So she enrolls Sophronia in Mademoiselle Geraldine’s Finishing Academy for Young Ladies of Quality.

But Sophronia soon realizes the school is not quite what her mother might have hoped. At Mademoiselle Geraldine’s, young ladies learn to finish…everything. Certainly, they learn the fine arts of dance, dress, and etiquette, but they also learn to deal out death, diversion, and espionage–in the politest possible ways, of course. Sophronia and her friends are in for a rousing first year’s education.”

What I liked: the friends’ group, each with their own personality, in a school that makes one almost want to go there – unless one is airsick.

What I disliked: some romantic aspects were a bit annoying for me.

The first book is approved by my god-daughter, who’s eleven, and by me, who’s quite a bit older than that. 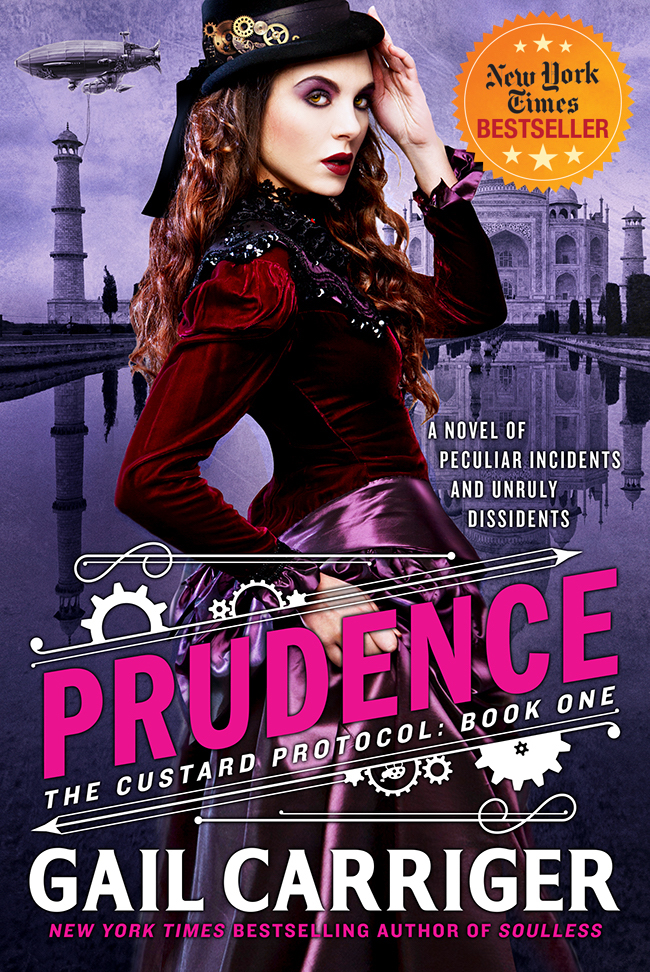 “Introducing the Custard Protocol series, in which Prudence travels to India for Queen, country…and the perfect pot of tea.

When Prudence Alessandra Maccon Akeldama (“Rue” to her friends) is bequeathed an unexpected dirigible, she does what any sensible female under similar circumstances would do – she christens it the Spotted Custard and floats off to India.

Soon, she stumbles upon a plot involving local dissidents, a kidnapped brigadier’s wife, and some awfully familiar Scottish werewolves. Faced with a dire crisis (and an embarrassing lack of bloomers), Rue must rely on her good breeding – and her metanatural abilities – to get to the bottom of it all.

This is the exciting next generation spin-off series from the Parasol Protectorate books, but it is not necessary to have read those first.”

What I liked: discovering more of this universe; a certain critic of colonisation; the theme of being different even within the circles we are supposed to be part of. The themes in the romance seem to change from what can be read often. Primrose. Footnote.

What I disliked: I struggle to like Prudence, although I have a hard time explaining it. I forced myself to finish the first book and haven’t finished the second one yet.
The criticism of colonisation is a bit light: the natives don’t really have a voice, at least in the first one, which is a shame.

Amongst the other series and stand alone are a follow up on some of Mlle Geraldine’s students, and romances around some of the secondary characters in The Parasol Protectorate series.

Note: whilst doing some researches I stumbled upon some interesting criticisms on the way Gail Carriger writes the parts that happen in the colonies, too centred on the coloniser’s point of view, as well as on Lord Maccon (overtly alpha) and Prudence (lack of scientific curiosity). I was looking for the part about the colonies in “Prudence” that I’d read previously, and that had bothered me whilst reading it without knowing quite how to formulate it, so I didn’t read more but I’m sure there are more to be said.

I am not saying those are perfect books, I know there were things in the Protectorate series that bothered me, but they are entertaining, they can really grab your attention, and characters are mostly great (for me).
There is a critic on the high London society (I can’t find the way to express it in English) in all three series, and there is a feminist aspect.

My favourite series is “The Finishing School” and I am thinking about reading the follow up – even though I am currently going through a “no romance” patch and they are most definitely romances.