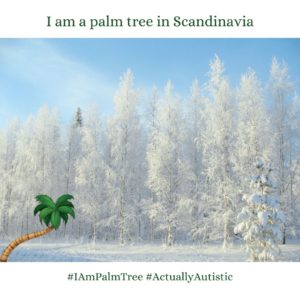 Or a polar bear in the Mediterranean region.

A while ago I found that comparison to explain the life of neurodivergent people in a world built by and for neurotypical people:

Imagine a palm tree. In its natural environment, it’s in good health – except in cases of ilness or parasites.
Now, plant it in the ground in a Scandinavian forest.
As far as I know, it will have a lot more difficulties to survive, and it might even not make it at all.

Another comparison: move a polar bear to the Mediterranean region. He’s not going to like it at all.

The difference between a palm tree and neurodivergent people is that everyone (or almost?) will not get upset against the palm tree and tell it it could try harder.
We understand it’s not supposed to live there.
END_OF_DOCUMENT_TOKEN_TO_BE_REPLACED 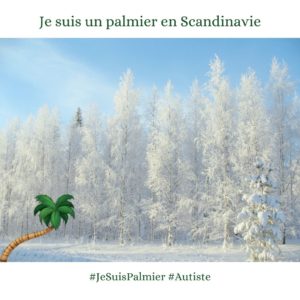 I have added at the end of this post a link to a video that shows the solidarity in Poland, and links to organisations you can support for this war and other conflicts and wars.

I hesitated posting the first part as it’s quite political. I don’t think I have the right ideas, the right knowledge, and others don’t. This is my attempt to understand the situation, and not The Truth.

I am trying to make sense of what’s happening at the moment, and of our reaction in western Europe.

I am trying to understand but not excuse, I want to make this clear.

Why is it that we react so strongly about the war in Ukraine when we probably didn’t individually, and nationally, react that way in relation to other conflicts and wars elsewhere in the world?

There is a racist aspect, that belief that white people are worth more than everyone else. Maybe as an individual you have always wanted all migrants to be treated the same, or even are involved in the process. But we live in a racist society. It’s subtle, but it is the case. I never knew how much until listening to accounts of people experiencing it. This systemic racism influences all society and how we related to others, including migrants.

There is a geographical and cultural aspect, I think : we are a bit like cousins who don’t see each other that often.
We are affected by the consequences of that war directly economically but also emotionally. We have in mind the ideal that the European Union was built on: keeping peace, at least on the European sub-continent.

There is the fact that we have gotten used to seeing conflicts and wars in other parts of the world. They should not happen, but we are not so surprised because we have “always” seen them since we were kids.
I talked about it with my mum, who watches the news more than me, and she has the same feeling: we talk a lot more about conflicts and wars elsewhere in the world than when they happen in Europe.

Side note: how much has the West really helped, and how much has it made things so much worse in all those conflicts? We are white of skin but not of actions – and intentions.
Second side note: from what I understand, NATO, the EU, the US and other influential countries have a part of responsibility in the war in Ukraine. Again, we are not so innocent .
END_OF_DOCUMENT_TOKEN_TO_BE_REPLACED

END_OF_DOCUMENT_TOKEN_TO_BE_REPLACED

I have been hesitating to post this as I find it insensitive, considering the current geopolitical situation – a.k.a. the war in Ukraine – and even more so with the latest developments.

I admit there is something wrong with this way of thinking: why am I struggling now but not before, when conflicts and tragedies were already unfolding? (Although I regularly have bouts of feeling like this)
I don’t know. Maybe because I am European centric despite doing my best not to be?
Because I am thinking about other people around me who might be as well and I don’t want to look insensitive in their eyes?
Because it’s geographically closer to us than many other conflicts ? Although this has been going on for years, many of us are only realising the real situation now that it’s escalating.
Because the latests developments might impact us directly?

But my autistic brain doesn’t deal very well with the idea of something not being complete – in this case, a monthly article – so I decided to write a little account of my month of February and post it to bring some appeasement to my brain. END_OF_DOCUMENT_TOKEN_TO_BE_REPLACED

If you have the possibility to watch the series « Around the world in 80 days », (loosely) adapted from Jules Verne’s book and starring David Tennant, I suggest you have a look.

I wanted to wish you a happy new year sooner but my brain took a month to get back into writing mode.

I don’t know if it’s because I am autistic or if it’s due to what I’ve learned on social media but I have a hard time writing new year’s wishes.

Health? Yes, but chronic illnesses.
Love? Yes, but bad situations.
Money? Yes, but the unequal system we live in.
Success? Yes, but it doesn’t look the same for everybody.
Joy? Yes, but depression.
Etc.

I prefer wishing “the best” as I find it contains all of this.
When writing to people I know, I try to do personalised ones – joy, softness, creativity, good times with family…

This said, of course I wish you all of this, or something close to it depending on your situation.

END_OF_DOCUMENT_TOKEN_TO_BE_REPLACED 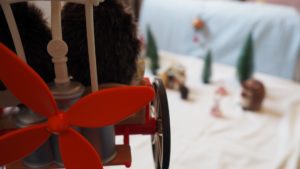 Ewan and Myriam are on their way to the snowy plain where Arthur and Abigail are spending time with their friends.